One of my best friends surprised me with a concert ticket for Prince, knowing I’m a big fan. He had plans to go with a girl but after several girls weren’t looking forward to driving up and down to Belgium for a couple of hours, he couldn’t find a date.

So I was allowed to go as his date, if I promised to make out with him….

You see the pics online so no further words are needed :)

We arrived at the festival area (where Rock Werchter is organized) when Jamie Lidell was 5 minutes into his set. The sound was very good, very clear and good. And the screens were awesome. We were standing at about 80 meters from the stage but could see everything because of the huge screens next to (and later on) the stage.

This was the third time I saw him play live and three times it was completely different. The first time was back in 2001 (on the Stubnitz) when he was releasing experimental, weird stuff on Warp, the second time he opened for Björk, which was very poppy and now this, which was very funky and prince-like.

Then came Mint Condition. What a big #fail was this…. I was glad they were of the stage. Then Larry Graham got on stage earlier, because the weather turned very dark and not soon after it started raining a bit…

It was still bearable but when Prince started it died out a bit… We found out they were handing out ponchos so we scored some, just in time before the rain really started coming down. It rained like hell and then one of the best things happened. He played Purple Rain, while it was raining like you wouldn’t believe. People were standing there in the rain, smiling, enjoying it intensively, like I was.

Without a doubt, I can say this was one of the best moments in my life. WOW.

The concert was super, 10 times better than the last show I saw in the O2 (not counting the aftershow), so we left with a good feeling. 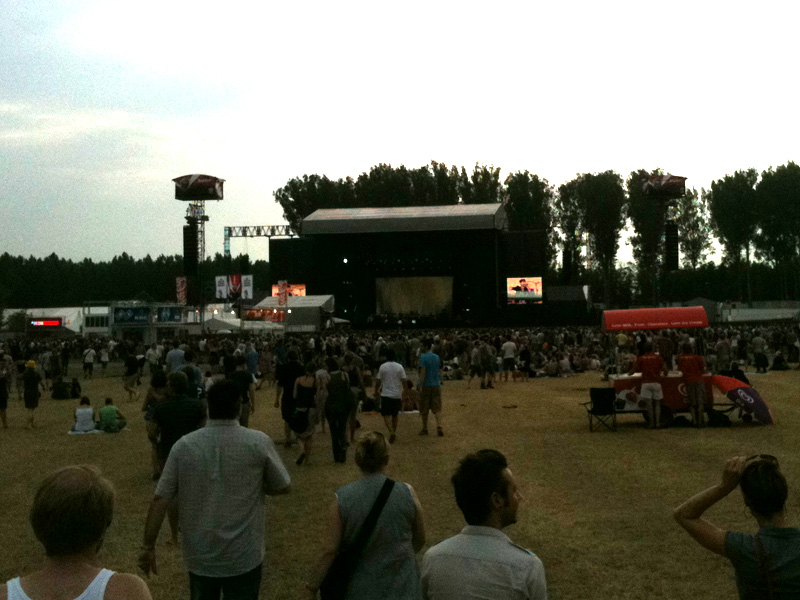 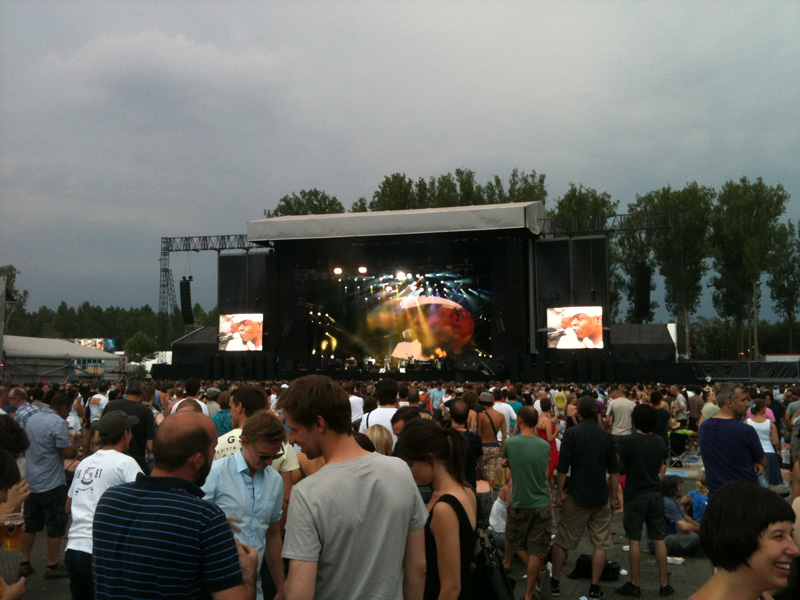 * no pics of Prince since an iPhone doesn’t take any decent pics at night and I forgot my flashcard :(