In the past I have done a radioshow, called Radio Tosti, with Aron Friedman, Lauhaus and later Boris Werner (who took Melon’s place). Yesterday, on 10.10.10 Boris celebrated his 10 year DJ anniversary, with a 10 hour anniversary set.

His first gig was almost to the day 10 years ago, on a party by Bart Skils, so there was a reason to celebrate. Unfortunately the weather was also hella nice, which made the party start very slowly. A lot of people were standing outside, smoking and drinking in the sun.

I went around 6-ish, did a few drinks, smokes and talked to some friends…. Still being tired from the day before I slipped out early to hug my couch…
Sorry Boris but you know I love ya ! On to 10 more… ! 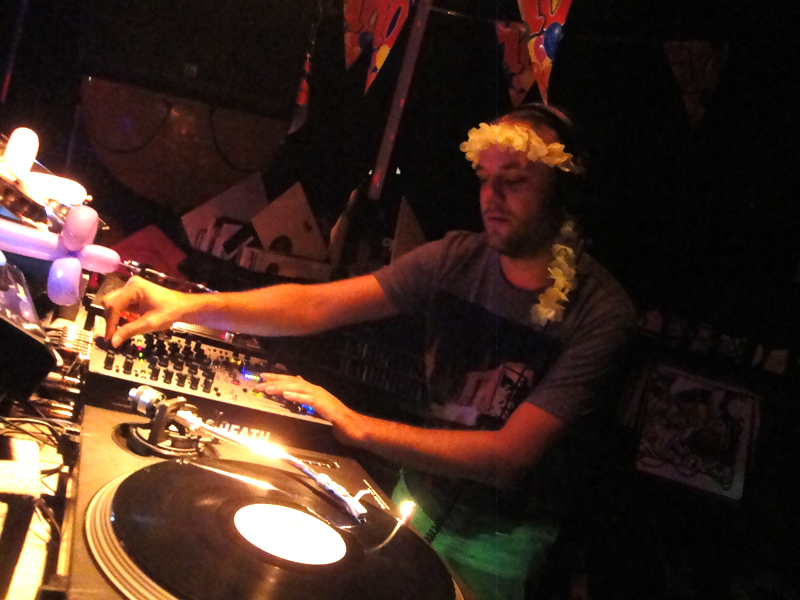